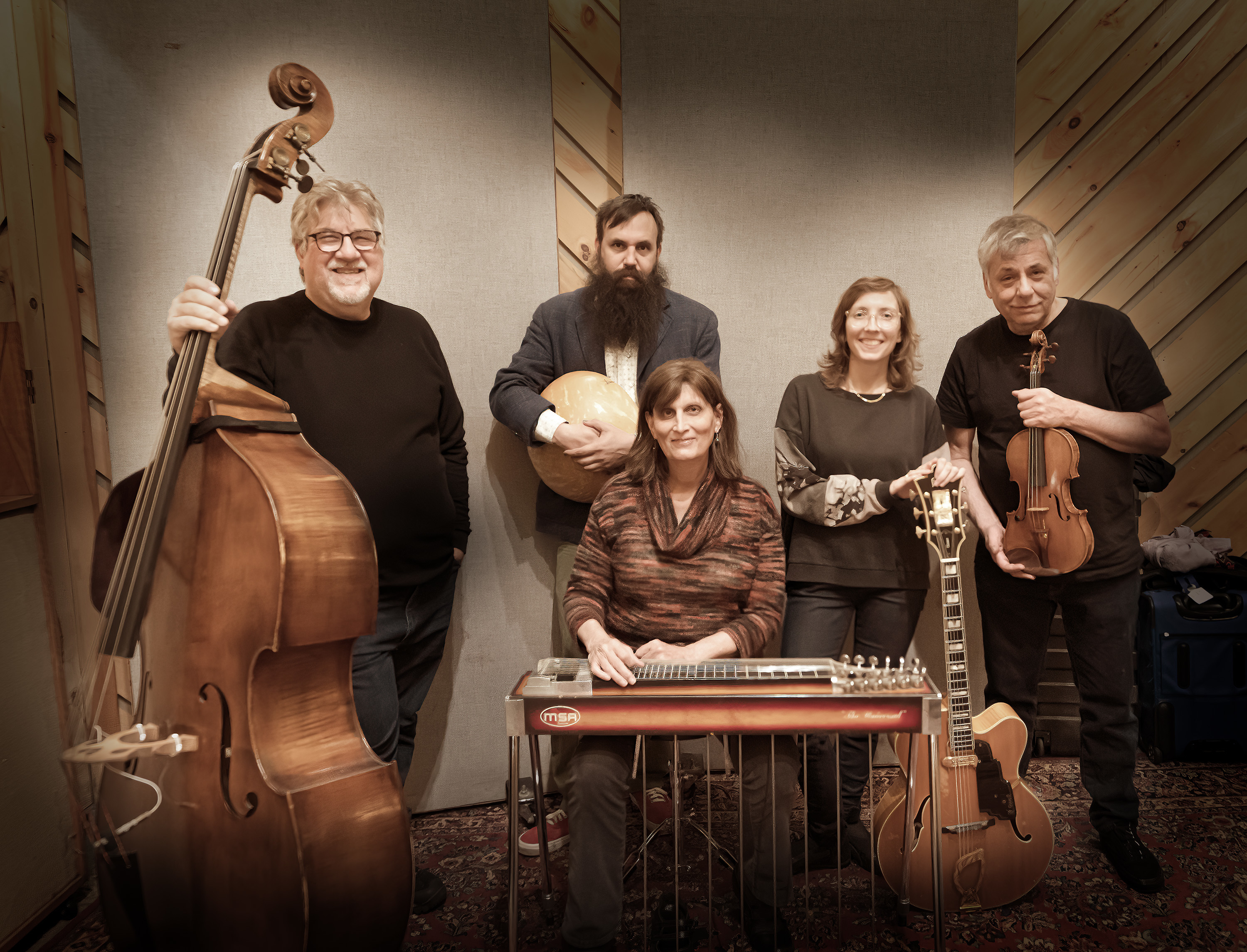 When most people think about the pedal steel guitar they expect to hear Country or Hawaiian music.  For the last twenty-five years Susan Alcorn has been forging her own way of playing the pedal steel guitar. Alcorn’s unique sound, while steeped in the pedal steel tradition, is largely shaped by the deep influences of Olivier Messiaen and Ornette Coleman. Her playing spans the gamut from the very melodic and soulful to rich harmonic sounds to sparse swells and otherworldly textures.

Alcorn has recorded several solo albums and has played on many recordings including Nate Wooley’s “Columbia Icefield” and Mary Halvorson’s Octet. An unexpected grant provided Alcorn with the resources to write and record “Pedernal”, her first album as a band leader.  She is joined by guitarist Mary Halvorson, bassist Michael Formanek, violinist Mark Feldman and drummer Ryan Sawyer.  Alcorn wrote the albums five compositions with these specific players in mind.

The album opens with the title track “Pedernal”. Its stark and somber steel guitar and bass intro slowly builds into a bluesy minor theme. The piece really develops over several iterations as it shifts mood and texture, eventually working itself into a frenzy that unwinds into a more reflective segment that eventually returns to the primary theme. The title track just opens the door to what you will hear on the rest of the album. Alcorn makes great use of contrast and counter lines in developing her compositional material. This often gives her work a cinematic feel as it can suddenly shift from something very melodic and or rhythmic into oblique or sparse textures. Susan Alcorn’s compositions for this quintet range from the harmelodic hoedown of “Northeast Rising Sun” to the textural expanses of the chamber sounds found in both “Night in Gdansk and “Circular Ruins” to the angular and bop like melodies of “R.U.R”.

“Pedernal” is a wonderful album. Listeners of creative music and the outer fringes of jazz will find quite a lot to like on this album. The quintet is spectacular and I hope this won’t be the last ensemble record that Susan Alcorn leads. I think that “Pedernal” will show up on a lot of the best of 2020 lists and it absolutely deserves to be included.