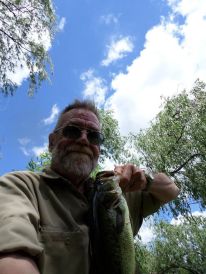 On March 18 Jim Nickels of the trio Blitzoids passed away in his sleep.

The Blitzoids were a Chicago area based trio (Steve De Chiara, Jim Nickels, Chris De Chiara) that delivered two albums of anarchic collages of found sounds, instrumental jams and pseudo-songs that could border both on dadaistic cacophony and on parodistic genre-bending. The albums were reissued in 2006 on ReR.

Jim will forever be missed.