David Dunn’s works reflect his interests and research in acoustic ecology, bioacoustics, interspecies communication and scientific sonification.  These interests has enabled him to truly be an interdisciplinary artist. Dunn has produced a very unique body of work that blurs the line between art and science.

David Dunn’s latest piece is “Verdant” which he describes as a kind of pastoral motivated by his desire to speak to a more optimistic future. The material of “Verdant” is an intersection of ambient music, new tonality, minimalism, algorithmic composition, software synthesis, field recording, sound art, and drone music. It is a binaural piece in a single movement of about eighty minutes in length. “Verdant” was composed and recorded during the pandemic. The quietness caused by the pandemic allowed Dunn who is an expert wildlife recordist to capture some of the extremely low volume sounds of the desert. This microscopic desert audio soundscape is intertwined with slowly changing drones of sinewaves that float along with the ambient sounds of windchimes, sustained violin sounds, backyard birds and distant traffic to create a deep and wide imaginary soundscape.

“Verdant” is a wonderful active ambient pastoral. Since it is a binaural recording, it is best experienced with headphones or ear buds. My first listen was at a very moderate volume level and while I found the piece really interesting on the next several passes, I listened to it at a soft to very soft volume and then found it to be really captivating. So, I would highly recommend listening to this at a softer volume and really give it a deep listen. I think most if not all regular AMN readers will find this a very engaging and relaxing listen.

For those who want to explore more of Dunn’s work I would recommend starting with an excellent article by Madison Heying and David Kant from the Sound American issue dedicated to Dunn’s work. Dunn’s website also provides a detailed retrospective of the last thirty years of his work with a collection of his scores, writings, sounds and images. 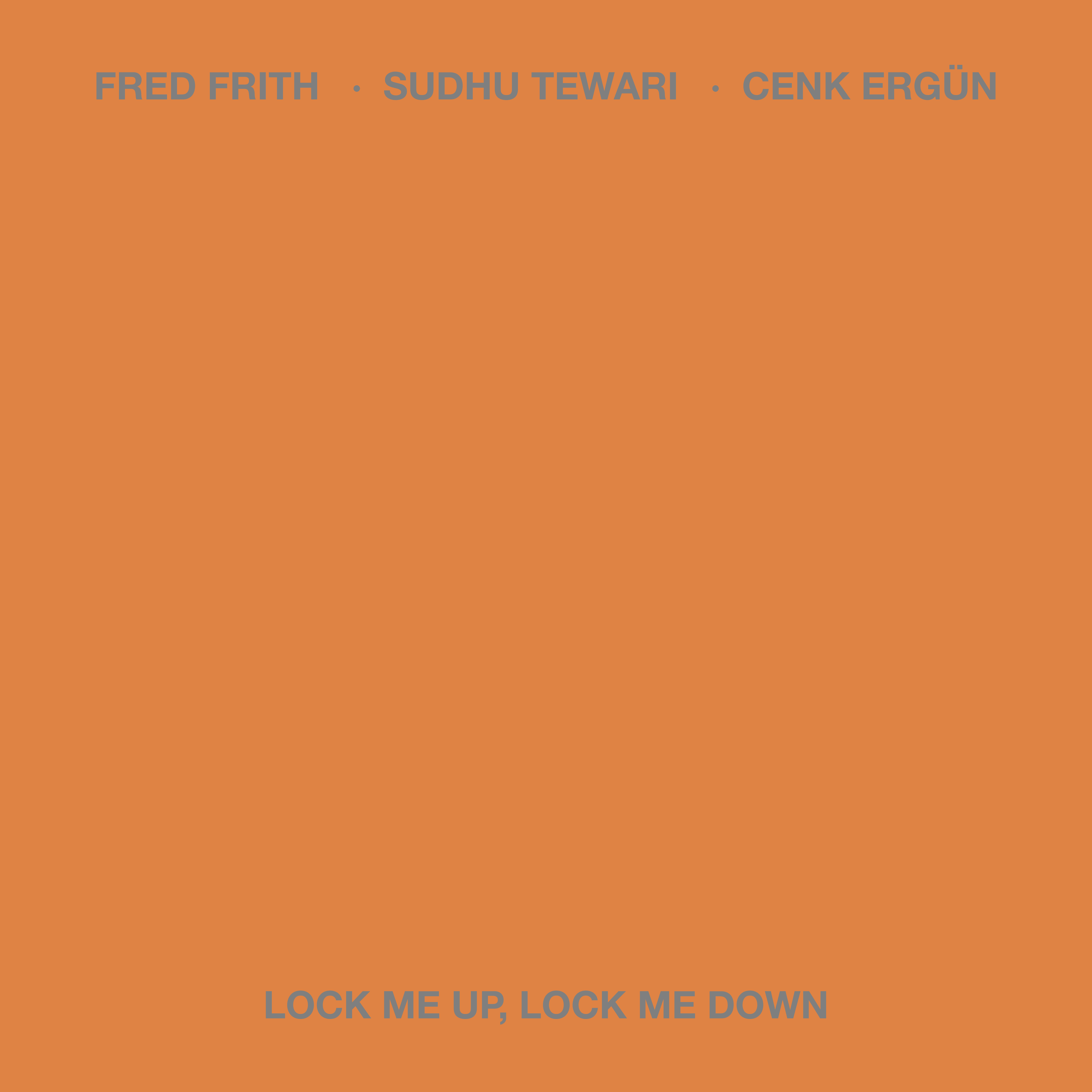 Fred Frith is a pioneer of the extended electric guitar. Take a glance at his discography of over four hundred titles and it becomes clear that Frith has successfully inserted himself into an incredibly diverse number of contemporary sound worlds. From bands like Henry Cow, Skeleton Crew and Massacre to improvising with the likes of John Zorn, Anthony Braxton, and Evan Parker to his compositions for electric guitar quartet, the Ensemble Modern, the Arditti Quartet and so much more!

One of Frith’s many collaborations has been with Sudhu Tewari in the duo Normal. Tewari is a sound artist focused on audio electronics, interactive installations, invented musical instruments and sound sculptures that utilize whatever materials are on hand. They recently presented and discussed a number of their invented instruments at the Center for New Music in San Francisco.

Cenk Ergün is a Turkish American composer/improviser currently based in Berlin. Ergün has written a wide range of acoustic and electronic works. A wonderful album of two of Ergün’s compositions for string quartet performed by the JACK Quartet was released earlier this year. During the lock down Ergün revisited the ten year old session and then went to work. He created a sound library of various samples from the original trio session. The samples range from a second to several minutes. Samples from the library may be heard in their raw form or heavily processed. Ergün used this library to very carefully assemble “Lock Me Up, Lock Me Down”, which combines elements of rock, noise, improvisation, electronic processing and digital studio composition. 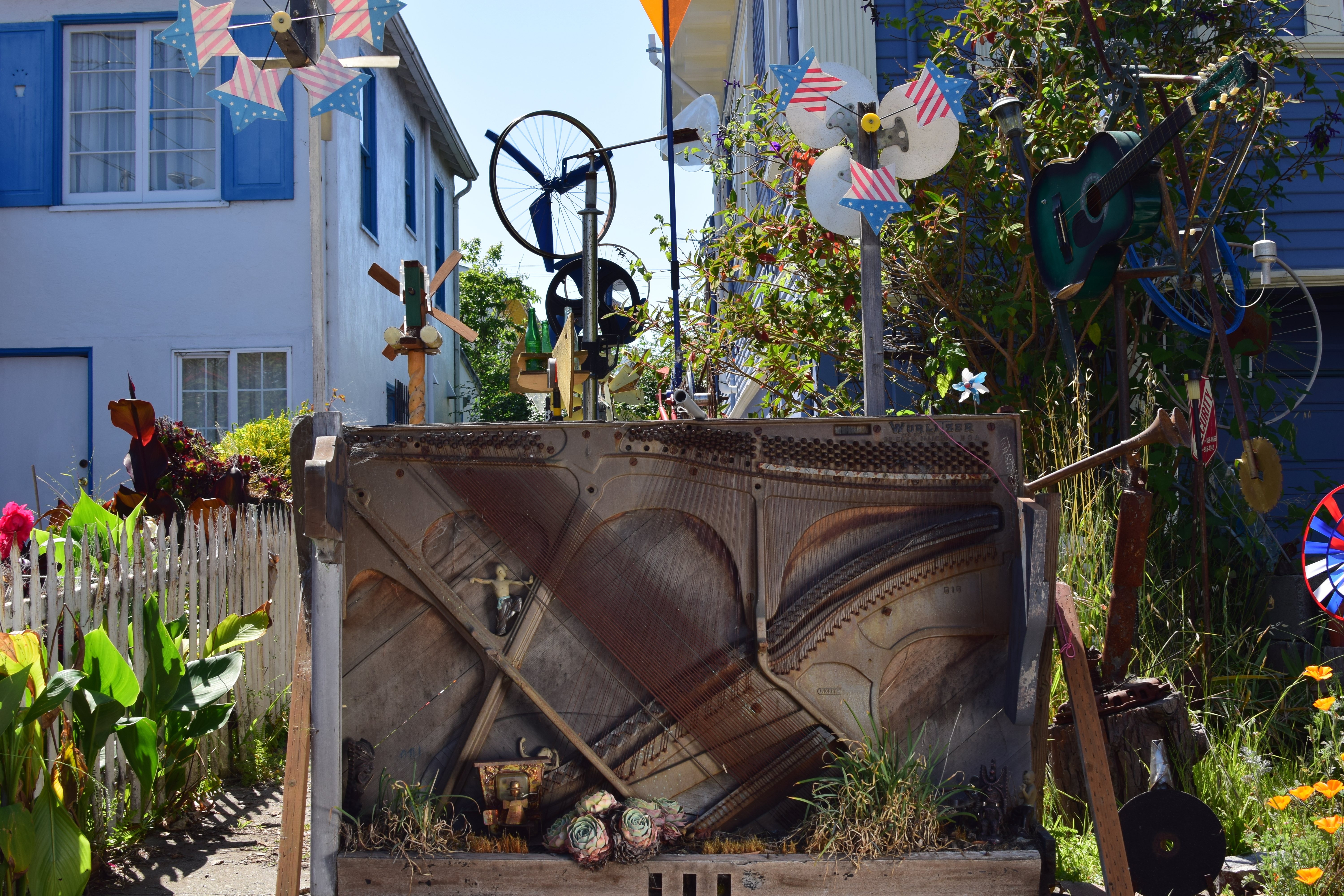 While “Lock Me Up, Lock Me Down” has been divided into seven tracks it really is a continuous forty-four-minute piece. I think it is best to listen to it as a single listening experience. The piece has a mesmerizing almost dream like quality to it.  It’s sounds move from the chaotic and noisy to the lyrical and harmonic, often drifting between multiple textures. There are sections that focus on developing very specific elements from the original session.  For example, the title track is all Frith reassembled by Ergün layering different moments from the original studio session. “Stay Tuned“ features Tewari’s mallet work on his “street piano” accompanied by birds and the occasional passing car interrupted by bursts from the studio session.  The piece ends with “Dem” which focus’s on the final sounds Frith made in the original session. The gentle de-tuned arpeggios from Frith’s guitar unfold at a glacial pace into long sustained chords that slowly transform back into their original form.

“Lock Me Up, Lock Me Down” is a wonderful listen! It successfully combines so many different sonic elements that it is likely to appeal to a very broad range of creative music listeners. Treat your ears and give it a listen.

On Borderland, UK cellist and sound designer Simon McCorry offers floating, resonant music suggestive of expansive spaces and deep perspectives. McCorry’s sound consists in slowly changing harmonies of layered tones that create a subdued, dramatic tension by moving toward and away from each other. The tracks are crafted from looped and treated cello and field recordings, with the cornet of Harry Furniss appearing on the densely dissonant Awakening.

Fabio Orsi is an electronic artist from Taranto in Puglia, Italy. His release on Berlin’s Oltrarno Recordings is a collection of soundscapes with a decidedly retro shading. The three tracks on Each Day Moon Tide were recorded live and built up out of looped cells undergirded with electronic rhythms; while they recall some of the classic electronic recordings of the 1970s and 1980s, they manage to retain a particular sound of their own.

Finding oneself in the right place by the lights of the wrong map may mean, by analogy, creating a particular kind of music that maps oddly onto its genre. This, fittingly enough, is the case with multi-instrumentalist Massimo Discepoli’s The Right Place on the Wrong Map.  (Full disclosure: Massimo and I collaborated on the recording An Eclipse of Images, and I have some releases on his netlabel.)

The Right Place on the Wrong Map is a follow-up of sorts to Parallax, Discepoli’s solo release of a few years ago. As with the earlier recording, the music on The Right Place falls recognizably within the genre of ambient music, but what sets it apart from much ambient music—what makes it map oddly onto ambient conventions–is its energetic drumming and attention to melody. To be sure, the pieces feature floating electronic soundscapes and slowly-moving harmonies, but these often serve to provide a sonic frame or context for energetic drumming or the development of contentful lines on tuned percussion or keyboards. The drumming adds substance without sounding intrusive or out of place; it works largely because Discepoli is an imaginative, creative drummer who can balance color against propulsion, and dynamics against the demands of expression. Likewise the melodies, played on vibes, piano and electric piano (or their digital doubles), elaborate and add nuance to the more nebulous electronic atmospheres.

This fine recording comes out on 8 January; it’s a good way to start 2019.

If, Bwana, Clara Nostra (CDR Echomusic)
Is a re-issue of an already obscure piece really a re-issue, when it only comprises ninety-nine copies? Literally, yes. But unfortunately we fear not enough eager listeners will have the chance to hear this frankly remarkable half-hour drone somehow created out of the mouths of four clarinets… [read]
Posted by Stephen Fruitman at 11:13, 03 Nov 2009

Sil Muir, Sil Muir (Diophantine Discs)
Sil Muir is the brand-new ambient constellation consisting of guitarist Andrea Ferraris and veteran sound manipulator Andrea Marutti. Together they have conjured four grand, huge blocks of dark grey slate, while working away at them exposing every fissure and delving deep into each crack,… [read]
Posted by Stephen Fruitman at 06:09, 02 Nov 2009

Ólafur Arnalds, Found Songs (Erased Tapes)
Elfen Icelander with gigantic, as-yet barely uttered talent. Ólafur Arnalds (b. 1987) has only been recording for a short while now, intent on bridging the gap between the pop audience and the classical one – like Englishman Max Richter, for instance. Optimistic, young Romantics, really. His… [read]
Posted by Stephen Fruitman at 02:47, 29 Oct 2009

Inspired by ambient music forefather Brian Eno’s idea of “scenius,” the festival celebrates the notion of co-operation in modern music making, as opposed to the glorification of individual genius. In contrast with the stereotype of the solitary composer locked in his attic railing against the ignorant outside world, some of today’s most innovative music is forged out of communities — through co-operation, collaboration and unexpected convergences of mutual interests and ideas. The Music Gallery is grateful to Celebrate Ontario for their support of X AVANT.

X AVANT IV: Convergence & Collaboration will feature five days of world-calibre concerts, workshops and symposia, with visitors from Germany, Czech Republic, Japan, the US and UK. This year will also feature two high-profile concerts at an off-site venue: the larger-capacity SPK (Polish Combatants Hall), a 300-seat theatre, just up the street on Beverley, south of College.

Expo ‘70 is the main driving improvisational essence of Justin Wright. Having started the project in Los Angeles in 2003, Wright has pushed his project to new levels, releasing a number of albums as cdr’s and 2 full-length albums. Expo ’70’s first album “Animism”, which debuted in 2007 on Kill Shaman, is an eclectic mix of krautrock, ambient drone, space exploration and minimal compositions. Comparisons range from Brian Eno, Ash Ra Tempel, A.R. & Machines, SunnO))) and Earth, but not directly sounding like any of those artists in their entirety.

Various Artists, Before We Melt (IVDT)
With the funny photo on the cover and the title chosen for this collection, it´s hard to know whether the idea around which this release revolves is to create flurries of “Arctic ambient”, to remind us about that Inconvenient Truth we´ve heard so much about, or to just have a nice winter lark. … [read]
Posted by Stephen Fruitman at 09:51, 13 Sep 2009

3 Seconds of Air, The Flight of Song (Tonefloat)
Belgian soundscaper Dirk Serries laid his serene Vidna Obmana project down several years ago in order to concentrate on darker and more obtrusive things as Fear Falls Burning. With 3 Seconds of Air, he would seem to be – consciously or not – retro-fitting a bridge between these two modes of thought… [read]
Posted by Stephen Fruitman at 06:14, 13 Sep 2009

Celer, Discourses of the Withered (Infraction)
As Celer hove up onto the horizon as a seriously talented new source of fascinating ambient composition, the duo released two albums simultaneously on Infraction, one of the genre´s finest boutique labels. The late Danielle Baquet-Long played the strings and made the field recordings (mostly in… [read]
Posted by Stephen Fruitman at 06:40, 12 Sep 2009

Satan is My Brother – Satan is My Brother
Satan is My Brother is a provocative name which might lead one to believe that the listener is headed into dark and frightening terrain. The Cover is basic black, with a sticker bearing the name of the band and a vortex illustration. The CD-R is black, with a black bottom, and included in the disc sleeve is a black insert. There is no information about the band, recording location, or even a label designation. It makes for a very mysterious first impression. It’s intriguing then that the music included here is not particularly frightening at all. It has a few moments of creepiness, especially the spoken word snippets, which resemble invocations. It does project an heir of dread, a grainy Film Noir quality, which is also imbued with a Burroughsian other worldliness.