Some recordings just sound like they were fun to make. From the Roots to the Sky by the J. & F. Band is one of them. The J. of J. & F. is Jaimoe, the drummer for the Allman Brothers Band; F. is bassist Joe Fonda. In February 2018 they went into the studio in Milan with a large, rotating group of Italian and other musicians recorded this eclectic set of compositions and jams. The atmosphere throughout is loose and open, not only on the jams, but on the compositions as well. Fonda, a solid, foundational bassist, supplies propulsive figures and grooves as well as three of the composed pieces. Drummer Tiziano Tononi, who I suspect is the secret hero of the rhythm section, contributed the other two. From the off-kilter rhythms of the opening piece, Fonda’s GS#2, to the Bitches Brew-like improvisation of the closing Super Jam, this is an enjoyable listen.

Source: In On the Corner.

Dave Liebman
On the Corner Live! (Ear Up Records) 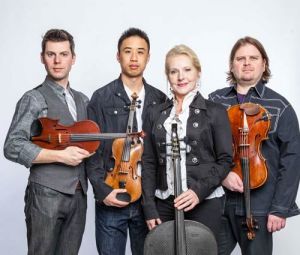 William Engelen (born 1964 in Weert, The Netherlands) is a sound and visual artist living and working in Berlin. After having studied visual arts, his focus shifted over time from solely visual to multi-disciplinary works that oscillate between sound and visual arts, between exhibition and performance, and incorporate installational, sculptural and compositional elements. He now considers himself a conceptual artist who works with sound. Many of his works are site-specific and have been presented and performed in museums, galleries, concert halls, private apartments, parks, urban spaces, a.o. Unlike other sound artists, Engelen does not primarily try to make a space sound, but rather to develop works that resonate and reflect the specific surroundings where they are presented.

“Small Worlds” (2004) a is 42-minute composition for improvising sextet by Austrian double bassist, composer and improviser Werner Dafeldecker. The score is written for any instrument and divides the players into two virtual trios whose constellations change every 3 minutes. No restrictions are made regarding material or playing techniques, the only specification is that in each 3-minute trio, one player has the role of the “dynamic leader” which means that no other player within the trio should play louder than the one on that leading position. Apart from that, the only other restriction concerns how pauses are to be made when two players interchange their positions within the trios.

Robin Hayward (b. 1969 in Brighton, England) is a tuba player and composer based in Berlin. Since the 1990s, he has been concerning himself with experimental and radical playing techniques on brass instruments, initially through the discovery of the “noise-valve”, later through development of the first fully microtonal tuba in 2009. In 2012, he invented the Hayward Tuning Vine as an interface for exploring the harmonic space implicit within the instrument, which exists both as a software version and as a physical prototype. Hayward’s microtonal tuba and, on some occasions, the tuning vine have appeared on numerous recordings with various ensembles, e.g. Tonaliens – who have released a double LP on Edition Telemark in 2017 –, Chora(s)san Time-Court Mirage, and Microtub. 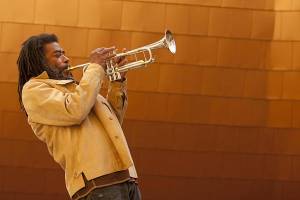