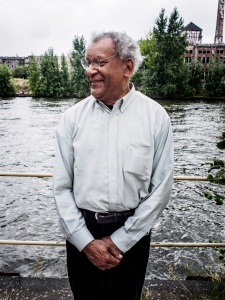 Conduit: Duo Dialogues
2/7/19, 7pm
$15 at the door
Zach Manzi (bass clarinet) and Evan Saddler (percussion). Conduit is a musical group creating dynamic artistic experiences that transcend boundaries and conduct energy. This performance will explore unique sonorities and energetic rhythmic exchanges between bass clarinet and percussion. It will feature Comfort Patterns by Anna Meadors, You Broke It, You Bought It by Timo Andres, and the premiere of Kyle Tieman-Strauss’ Abject.

Electric Creatures – First Look
Giacomo Baldelli – Electric Guitar
2/14/19, 7pm
$15
Celebration for the US version release of Electric Creatures (Sussidiaria-SD015), a new album by Italian guitarist- and NYC based- Giacomo Baldelli. The original album was released last November in Italy and was there praised as a “masterpiece” (Neuguitars). For this special occasion Baldelli will perform a set of pieces featured in the album written by Eve Beglarian and Ryan Pratt, together with the US premiere of Three Electric Creatures by Andrea Agostini and Slow Earth by Nick Norton.

Convergences IV: Paracosm // Luke Stewart
2/18/19, 8pm
$15 at the door
Paracosm is a new duo project by longtime friends and collaborators María Grand and Rajna Swaminathan. In the spirit of creating a “paracosm,” an alternate universe dreamt up with childlike wonder, they return to a place of simple curiosity about sound and vibration. In addition to playing the instruments they are professionally known for — tenor saxophone and mrudangam (South Indian percussion) — they incorporate their voices and the piano to bridge the gap between the modalities of intimate practice and formal performance, bringing a heart-centric offering focused on spontaneity and trust. Luke Stewart is a DC/NY-based musician and organizer. As a solo artist, his recent focus is in compiling a series of improvisational sound structures for Upright Bass and Amplifier, utilizing the resonant qualities of the instrument to explore real-time harmonic and melodic possibilities.