Prolific and eclectic guitarist René Lussier’s credits include more than sixty film soundtracks and more than thirty albums.  Lussier’s music, while drawing from a variety of contemporary experimental musical ideas, has a unique sense of melody that is colored by the frequent use of folk like “clogging” motor rhythms that are injected with the power and energy of rock. In addition to his work in experimental music and free improvisation Lussier  has performed and recorded with several groups including Conventum, Les 4 Guitaristes de l’Apocalypso-Bar, Fred Frith’s Keep the Dog and The Fred Frith Guitar Quartet.

Lussier’s latest album “Quintette” finds him in the company of drummers Robbie Kuster and Marton Maderspach, Julie Houle – tuba/euphonium and accordionist Luzio Altobelli.  Lussier assembled this group at the end of 2016 and they have been rehearsing and performing ever since. His concept for this group was to create music where the written and the improvised live together allowing each performer a lot of freedom while preserving the character of the original composition. Lussier’s arrangements continually shift roles across the instruments as the music’s modules are overlaid on one another. The result is ten pieces of tuneful, energetic and imaginative music that is simultaneously precise, frantic and wild. “Quintette” is an album that I believe should turn up on many “Best of 2018” lists. Highly recommended! 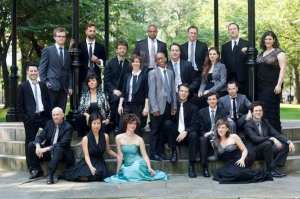 Will Lang presents: Tuesday Night Mega Power Concerts
11/20/18, 7 & 9 pm, each $15 at the door
7 pm – loadbang presents: Andy Kozar
Andy Kozar: Contemporary works for trumpet and electronics.
9 pm – Rosie Moore (solo harp)
Harpist and actor, Rosanna Moore, has made it her aim to combine theatre and music wherever possible. “Roll up, roll up! Ladies and gentlemen, come closer, come closer. Welcome to the greatest show on earth!” Join harpist, actress and storyteller Rosanna Moore as she presents a variety of theatrical works for harp (plus a cameo from a stray trombonist). This show presents the harp in a new and quirky light and will make you both laugh and cry as you watch mosquitos being swatted, a solo London soap opera, a Greek tragedy, a terrifying retelling of Edgar Allen Poe’s Fall of the House of Usher, and many more musical and theatrical skits.

Quince: Feldman’s Three Voices
12/1/18, 7:30 PM – 9:30 PM, $20
Three Voices by Morton Feldman is a sublime piece that both mesmerizes and stupefies. The length, the tunings, the melismas, textures, the range, the relentlessness—it’s challenging in a way that is unlike any other piece in the unaccompanied solo voice repertoire. This piece was written initially for one singer to perform with two looming, black loudspeakers performing the other vocal lines rather than three live singers.

Shellscrape Theatre Company Presents:
Machinal
December 6th and 7th @ 7:30 p.m., TICKETS
Adapted and Directed by Elaine Rava
Synopsis: A young woman follows the path that society deems fit for her, despite feeling resistance. She marries her boss (a man she doesn’t love), has a child with him, and then has an affair with a younger man. Revitalized by this experience, her moral conflict grows until she retaliates.

Sam Newsome, saxophone
12/9/18, 7:30pm, $15 at the door
Soprano saxophonist Sam Newsome will perform an evening of improvised and experimental music for solo saxophone.New York-based saxophonist and composer Sam Newsome works primarily in the medium of solo saxophone, an approach for which he gained world-wide critical acclaim with the release of his 2009 recording Blue Soliloquy: Solo Works for Soprano Saxophone, which received a five-star review in Downbeat magazine.

Jack Wright, saxophone and Ron Stabinsky, piano
12/9/18, 8:30pm, $15 at the door
Jack Wright: Described twenty years ago as an “undergrounder by design,” Jack Wright is a veteran saxophone improviser based mainly in Philadelphia. He has played mostly on tour through the US and Europe since the early 80s in search of interesting partners and playing situations. Ron Stabinsky: In addition to continuing to pursue an ongoing interest in solo piano improvisation, he enjoys working on music in a stylistically diverse array of situations throughout the United States and Europe with many other musicians and ensembles, including free improvising saxophonist Jack Wright

SARAH BERNSTEIN UNEARTHISH with Satoshi Takeishi // Shelley Hirsch and Anthony Coleman
12/11/18, 7pm and 8pm, $15 at the door
Sarah Bernstein – violin/voice/poetry / Satoshi Takeishi – percussion
SARAH BERNSTEIN’S compositions for violin and voice – equal parts avant-garde jazz, spoken word, and minimalist pop – are joined by Takeishi’s expressive mastery on the drums. The duo will perform pieces from their recent release “Crazy Lights Shining”.
“Connection beyond genre and contrasting elements, in quest for the essence” is what Japanese-born musician/improviser SATOSHI TAKEISHI strives for in his performances, whether behind a drum set, a hybrid percussion set or computer-based electronics.
Hailed as a “woman of a thousand voices” by The New York Times, SHELLEY HIRSCH has been pushing boundaries for decades with her unique vocal art and performance work, drawing on her life experiences, her memory, and her vivid imagination. Pianist – Composer ANTHONY COLEMAN has been one of the key figures of New York music for nearly four decades. His work bridges the gap between Composition and Improvisation, Uptown and Downtown, and spans a wide range of genres and practices including Free Improvisation, Jazz, Jewish music (of various types), and Contemporary Chamber Music.

Techno Love activation with artist Cynthia Alberto
12/14/18, 7-8pm, free will donation
Cynthia Alberto, artist/weaver
The Techno Love Series is inspired by the euphoric feeling of connecting with a community through music. It is comprised of 30 woven “cocoons” which are pieces of wearable art. This curatorial approach references Cynthia’s desire for her work to remain inclusive to all communities, rather than an untouchable object. The ropes woven into the pieces were re purposed from an exhibition last summer at MoMA PS1 called “Weaving the Courtyard” by Estudio Escobedo Soliz. It was important for both Escobedo Soliz and Cynthia to address the amount of waste produced by the art world by not letting the ropes go to waste but instead reworking them into new pieces of art.

SolstICE Celebration
Sunday, 12/16/18, 3 pm – 9 pm
suggested/free will donation, RSVP
These 12 albums are so big and bold, they deserve a SIX HOUR PARTY to celebrate! Join us to celebrate albums featuring members of the International Contemporary Ensemble, including those released on our own record label, Tundra. Performances every hour! Plus time to listen to tracks from albums, drink, eat, and enjoy each other’s company. This party isn’t just about celebrating ICE, it’s to also celebrate all of you—our ICE family! From going to concerts to making a donation, everyone’s icey love has made what the ensemble is today. So…let’s party together to celebrate 12 albums from the last 12 months of 2018 as we count down to the shortest day of the year—the Winter SolstICE! Featuring ICE members: Rebekah Heller, bassoon, Claire Chase, flute, Ross Karre, percussion, Nathan Davis, percussion, Levy Lorenzo, percussion & electronics, Josh Modney, violin, Jacob Greenberg, harmonium, Joshua Rubin, clarinet, Isabel Gleicher, flute, Dan Lippel, guitar, Ryan Muncy, saxophone… and more! 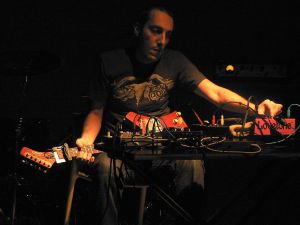 NICK ZAMMUTO – WE THE ANIMALS

From 2005 to 2015, textura published an annual article that celebrated ten labels whose output dazzled us during the year in question. A simple question was used as a criterion for making the selections: “Which labels’ material excited us most this year?” Though last year’s list appeared as part of the 2017 roundup, we’ve decided to present the feature once again as a stand-alone in order to bring greater attention to labels deserving of recognition. The areas of stylistic concentration in some cases might differ, but certain things are common to all, superior musical quality and an innovative, forward-thinking sensibility among them. For each label’s section, recent releases are displayed accompanied by links to textura’s reviews (in a small number of cases, reviews are forthcoming so links will be added once they’re published). textura sincerely thanks the generous individuals who contributed text to the article on behalf of their respective labels. 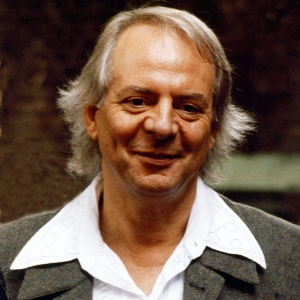 Wendy Eisenberg is a tremendously talented and original guitarist who grew up in Maryland and now lives in Western Mass. She was a founding member of Birthing Hips and most recently has released a powerful trio recording on Tzadik with Ches Smith and Trevor Dunn. Her playing is intense, focused and completely unique. This is a great talk with someone who you will be hearing from for a long time.

Source: In On the Corner.