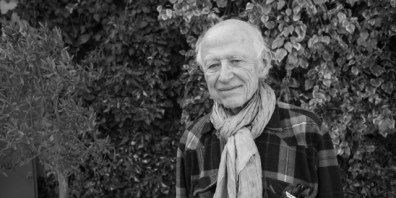 It seems almost impossible, but the idea of the solo double bass album only goes back fifty years. The album generally credited as being the first was Journal Violone by Barre Phillips, recorded on November 30, 1968 inside St. James Norlands church in London. Fifty years later, Barre Phillips is ending his long run of solo albums and performances with one last album, End to End, released earlier this year on ECM.