In August, 2017, Alberto Novello, the Italian-born composer, programmer, and multimedia artist, and UK trumpeter/composer Tom Arthurs shared an ArtOMI residency in Ghent, New York. The four-week summer program was intended to bring together international artists for the purposing of fostering collaboration; this recording, made during the residency, is one such successful one.

For these performances, Novello, who uses the stage name Jestern, accompanied Arthurs’s acoustic trumpet with analogue electronics. The musical relationship the two forged is one of strong, independent and parallel voices that nevertheless provide complementary parts of a distinctive whole. This they do largely through contrasts of timbre and phrasing, given the particular capabilities of their instruments. Novello’s electronics are glitch and jumpy; even at their most abstract they allude, however obliquely, to rhythms rooted in the body: foot-tapping, finger-popping, knuckle-rapping. Their chopped sounds are a sonic bed over which Arthurs’s melodic lines lie—sometimes uneasily, sometimes comfortably, but always appropriately.

It seems strange to find Graham Lambkin amid the clutter of London. His work in both The Shadow Ring and as a peerless field recorder is beautiful (if fringe) yet seemingly the product of hermit-like isolation. He’s lived in cities before – Miami, upstate New York – but it’s easiest to imagine him removed from any hubbub, ploughing away on the outskirts. This might all be due to a misapprehension on my part. After all, it’s somewhat of a fallback to reduce someone’s work through the prism of where they’re from. In his case it was Folkestone, a small town on the coast of southern England.

On October 1st, Blank Forms will host our second annual benefit, honoring Joe McPhee, a legend of creative music best known for Nation Time, a 1971 album that stands as a defining monument to the civil rights era. With a title that references Amiri Baraka, the record is a tour de force avant-funk workout, featuring infectious call-and-response vocals (“What time is it!?” “Nation time!”) and fiery post-Coltrane grooves that remain in the pocket while reaching for a terrestrial inner cosmos. In a musical milieu often considered difficult, Nation Time, with its passionate ass-shaking accessibility, is a testament to the emancipatory potential of free jazz.

Idris Ackamoor & The Pyramids are a jazz group formed in 1972 for whom the term “spiritual jazz” entails an explicit connection between the avant-garde and an ancient musical continuum of spiritual experience going back to pre-colonial African religion. Born Bruce Baker on Chicago’s south side, saxophonist Ackamoor cut his teeth playing with Albert Ayler sideman Charles Tyler before participating, while a student at Antioch College in Yellow Springs, Ohio, in Cecil Taylor’s Black Music Ensemble. Alongside future Pyramids Margaux Simmons and Kimathi Asante as well as a young Jemeel Moondoc, Ackamoor, under Cecil’s mentorship, learned to improvise with spontaneity and intensity as well as to holistically appreciate the tradition of music from the African diaspora.

As Charalambides, Tom and Christina Carter have lived in a time of their own, conjuring hallucinatory visions of introspective drone song from guitar and voice since their 1991 formation in Houston. Part of a rich Texas tradition of exploratory music, the former husband-and-wife duo’s pioneering free-folk melds southern gothic, high lonesome balladry with an American primitivist take on minimal improvisation, all driven by desolate, late-night twin guitar telepathy. In the ‘90s, the homespun intimacy of their sprawling urban blues found a notable home with maverick lo-fi label Siltbreeze Records, for whom they—with the addition of Jason Bill—delivered three records of lysergic songcraft embellished by disturbing found recordings and esoteric tape experiments. In 1996 Charalambides were featured alongside Loren Connors, Flying Saucer Attack, Roy Montgomery, Jessamine, and Bardo Pond on Harmony of the Spheres, a classic document of psychedelia intended as “an arrangement of the contents of the gospels, designed to show their parallelism, mutual relations, and differences.” In the 21st century, the band signed to Kranky and teamed up with pedal steel guitarist Heather Leigh Murray for a series of howling, feedback-laden excursions into oceanic space before paring back down to their current duo configuration with a subsequent return to more pastoral folk incantations. Charalambides’ forthcoming self-titled double LP on Drawing Room Records will be their first in 7 years and is promised to entwine their various approaches into a raw, fragile, wordless, and hypnotic whole.

One of the world’s most singular guitarists, Loren Connors is among few living musicians whose prolific body of work can be said to be wholly justified in its plenitude. On more than 100 records across almost four decades on labels like Table of the Elements, Drag City, Ecstatic Yod, and his own Daggett Records, Connors has wrung distinct shades of ephemeral blues from his guitar, its sound ever-shifting while remaining unmistakably his own. From his early, splintered take on the Delta bottleneck style through his song-based albums with Suzanne Langille and on to the painterly abstraction that defines his current work, Connors has earned the admiration of many, leading to collaborations with the likes of John Fahey, Jim O’Rourke, Keiji Haino, Kim Gordon, Thurston Moore, Alan Licht, and Jandek. 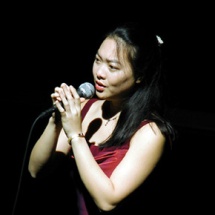 Arve Henriksen
The Height of the Reeds (Rune Grammofon)