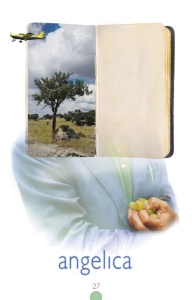 The full schedule for the festival Angelica 27 in Bologna, May 4 – 31 , has been announced.

John Zorn : There Is No More Firmament

There is No More Firmament is a remarkable collection of recent compositions from 2013–2016 that showcase the range, variety and continued creativity of Zorn as he enters his sixties. Connected together with a thread of intensity, magic and madness, the music tells a twisted and complex story of a magical descent into madness. The compositions include two works for brass ensembles, a woodwind quintet, jazz piano trio, string trio and two solo pieces for clarinet and trumpet, with the outrageous trumpet solo Merlin appearing in two realizations—one by jazz master Peter Evans and another by the European classical virtuoso Marco Blaauw.

Too Lazy to Panik: Velkro

Hotcup
Loafer’s Hollow: Mostly Other People Do the Killing

He’ll be showcasing all of his main groups during a very special weeklong residency at John Zorn‘s Lower East Side hub of experimentation THE STONE, beginning on Tuesday March 28th and going through April 2. Every night will feature a distinct group.

3.28 – Diaspora Special Edition:
Arturo O’Farrill (piano) Peter Apfelbaum (sax) Tony Scherr (bass) Billy Martin (drums) Steven Bernstein (trumpet)
Steven Bernstein takes traditional Jewish music and reworks it in a variety of contexts. From the Cuban and Soul to the blues-informed but never obvious, Bernstein demonstrates with this project that music is truly universal, and can be moulded and shaped an infinite number of ways to make music that is both timely and timeless.