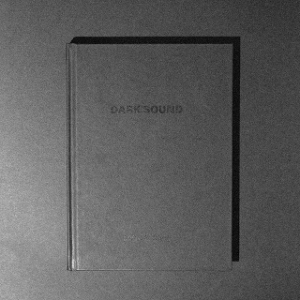 “The only political issue that matters is climate change,” according to American writer Michael Tolkin. “Everything else is midrash.” Mikel R. Nieto is a Spanish artist/researcher from Basque country and co-editor of the sound art web portal mediateletipos. With his piece Dark Sound, he attempts to heal the world in a fashion far more oblique than any Talmudic exegesis.

For Dark Sound is a 176-page hardback book containing nearly illegible texts printed in a shade of black just barely this side of pitch, which is the color of the pages, as if it had been dipped in the effluence of the Exxon Valdez. Within are essays and letters in Huao (language of the Huaorani of Ecuador), Basque, Spanish and English. Thus for the average individual the book is unreadable, even if he or she were fluent in one or two of the languages and read the book in strong sunlight, as the author recommends. A shame, really (though probably the point), since it claims to include “Ecopolitik, an introduction as an epilogue” by José Luis Espejo (the one who writes about the secret Hermetic codes of Leonardo da Vinci? Impossible to tell, there´s a million of ´em on Facebook), maps and photos and a bulging archive of research papers, reports, facsimiles and testimonies of the clearly excessive, if not downright genocidal, ravages of the oil industry in Ecuador.

The unreadable word as statement? In the great scheme of things, everything we write is eventually erased. Might as well begin as the universe intends us to finish. Fortunately, there is a black polycarbonate CD affixed to the inside back cover that the disc player has no trouble reading, containing a continuous flow of field recordings made in Huoarani country, contrasting the natural environment and its birdsong, wildlife and weather with the heavy metal clankings and drillings of the oil industry laying waste to the former.

The price of Dark Sound is “set by the crude oil Brent price” on the day of purchase (pretty low on the day of writing, so act fast) and, just to prick your social conscience one last time, Nieto reminds the presumptive consumer that “[b]y buying this book you are contributing to the destruction of the planet”. Well, nobody said saving the world was going to be easy.