Musicians from around southeast Michigan will converge on Trinosophes tomorrow to present MAPS OF DISINTEGRATION AND FORGETFULNESS, a series of works for acoustic chamber ensembles by Buffalo-based, Michigan-born composer Colin Tucker. The concert will feature new versions of three pieces for an ensemble of double-basses (sometimes amplified), creating a bass-heavy, visceral, immersive listening experience.

The works of MAPS OF DISINTEGRATION AND FORGETFULNESS explore the ruins of melodic lyricism. Conventional melodic gestures are slowed down, while their contours are flattened and liquefied. The gestures are layered on top of each other within highly constrained pitch spaces, creating a thick, opaque, engulfing mass of sound. The works of MAPS explore the boundary between musical portrait perspective (i.e. melodic lyricism) and landscape perspective (i.e. sound masses): traces of melody are hardly absent, yet melodic line never fully materializes as individual sounds instead become mired in the inertia of viscous, resistant sound masses.

Polyfold is a new, large group including many of the emerging artists from the younger generation of improvisors. Within the collective, there are multiple smaller ensembles which are featured:

This will be a great overview of what’s happening with this scene within a scene. Seem them now when it’s still only… From the Bay Improviser Calendar:

Sat 1/23 8:00 PM Omni Oakland Commons [4799 Shattuck Ave Oakland]
Carlos Whisper is a berlin-based band that combines field recordings portraying a domestic aural environment and the idea of sonic triggers inspired by the ASMR phenomenon to play with the idea of intimacy/proximity in form of a live performance.

Thu 1/28 7:30 PM CCRMA [660 Lomita Dr. Stanford, CA 94305]
Larry Polansky will present an evening of his works on the CCRMA Stage. This concert will include some of his guitar duets (performed with Giacomo Fiore) and a long version of his piece freeHorn, for computer and musicians.

Source: We Need No Swords.

Harmonia was a sort of supergroup, composed of Hans-Joachim Roedelius, Dieter Moebius, and Michael Rother, a guitarist who had played in Neu! and an early incarnation of Kraftwerk. Roedelius, the group’s oldest member, had been a child star in Nazi propaganda films, a conscript in the Pimpfe (the Cub Scouts of the Hitler Youth), and, in the late nineteen-sixties, a founder of the Zodiak Free Arts Lab, in Berlin. Moebius, who died last year, had studied with Joseph Beuys in Düsseldorf. Moebius had had a bit of musical training. Roedelius had had no training at all (though he did have a gift for melody). But together with Conrad Schnitzler, Roedelius and Moebius had formed Kluster, at the Zodiak, in 1969, changing the spelling to “Cluster,” after Schnitzler’s departure, in 1971. That year, Moebius and Roedelius moved to a large, ruined farmhouse in Forst, in Lower Saxony. And, in 1973, Rother took a hiatus from Neu! and joined them.

Featuring members of the Wet Ink Ensemble and an enviable slate of guest artists, this was a headlong performance, lasting not quite an hour and with barely a moment to breathe. Several pieces flowed directly from one to the next, and two “short pauses” indicated in the written program were truly short, gaps of a few seconds before the group plunged into the next work. 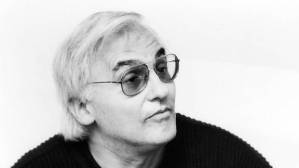 Source: The Globe and Mail.

Mr. Bley found a steady gig at L.A.’s Hillcrest Club and, one night, his drummer, Bill Higgins, asked if two friends – trumpet player Don Cherry and saxophonist Ornette Coleman – could sit in. A risk-taker by nature, the pianist hired the two unknowns sight unseen, he recalled in a 1979 interview. Together these musicians, along with legendary bass player Charlie Haden, rejected the prevailing conventions of their genre and experimented with free jazz.

Nevertheless, this collaboration unlocked a door for Mr. Bley. He had been growing weary of playing tunes whose forms made you go round and round. Mr. Coleman’s pieces, in sharp contrast, were jump-off points, allowing players to solo as long as they wanted, regardless of the form. This was revolutionary. 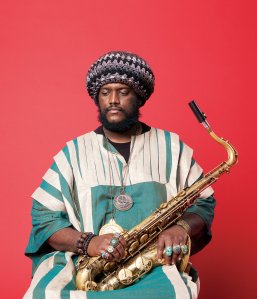 On a late October afternoon in South Central Los Angeles, Kamasi Washington was facing what is for him an increasingly familiar problem: making a lot of big ideas fit into a single space, even one as large as the nearby Club Nokia, a rock-star-size venue where he would be performing in December. His recent triple album, ‘‘The Epic,’’ is a nearly three-hour suite for a 10-piece jazz band, backed by a 32-piece orchestra and a 20-person choir. Washington’s show promised to be a typical swirl of activity, a sprawling procession of dancers, musicians, DJs and singers unified by the magisterial sound of Washington himself, a 34-year-old tenor saxophonist who has emerged as the most-talked-about jazz musician since Wynton Marsalis arrived on the New York scene three decades ago.